The Carr Brook flows in a culvert under Sheffield in a northernly direction to Brightside Weir where it outfalls to the River Don. 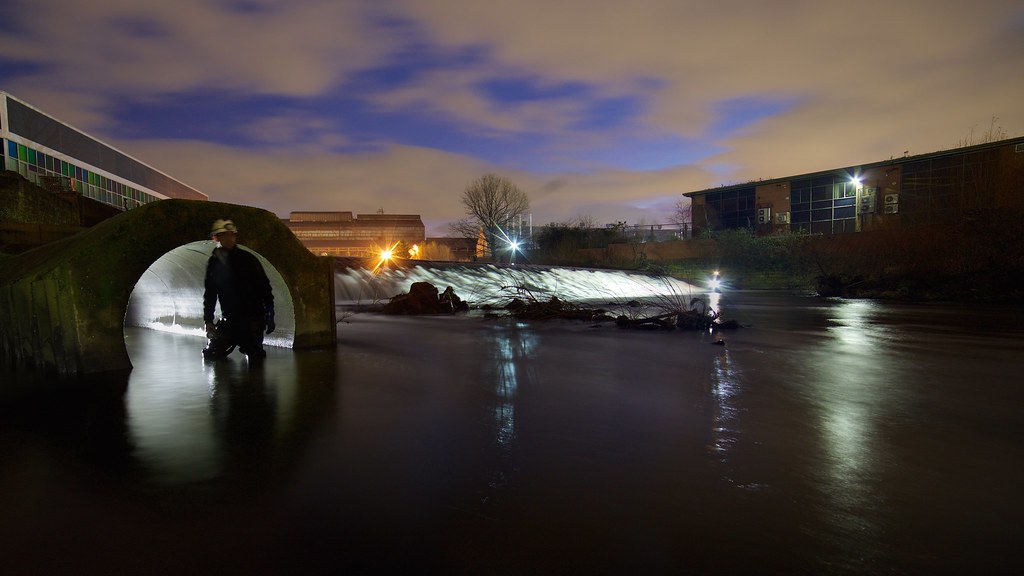 This section of the brook had recently been found by tarkovsky, I went to have a look with CameraShy after doing another nearby drain.

The river wasn't too deep around the weir and getting to the outfall was straight forward. Upon entering the pipe alternated between RCP and brick for a while before shrinking slightly. There were a couple of features along the way and we knew there was some good stuff upstream, so we pushed through a low concrete box section and stoopy RCP and eventually arrived at a overflow chamber. We had walked up the overflow and upstream was a slightly larger pipe. 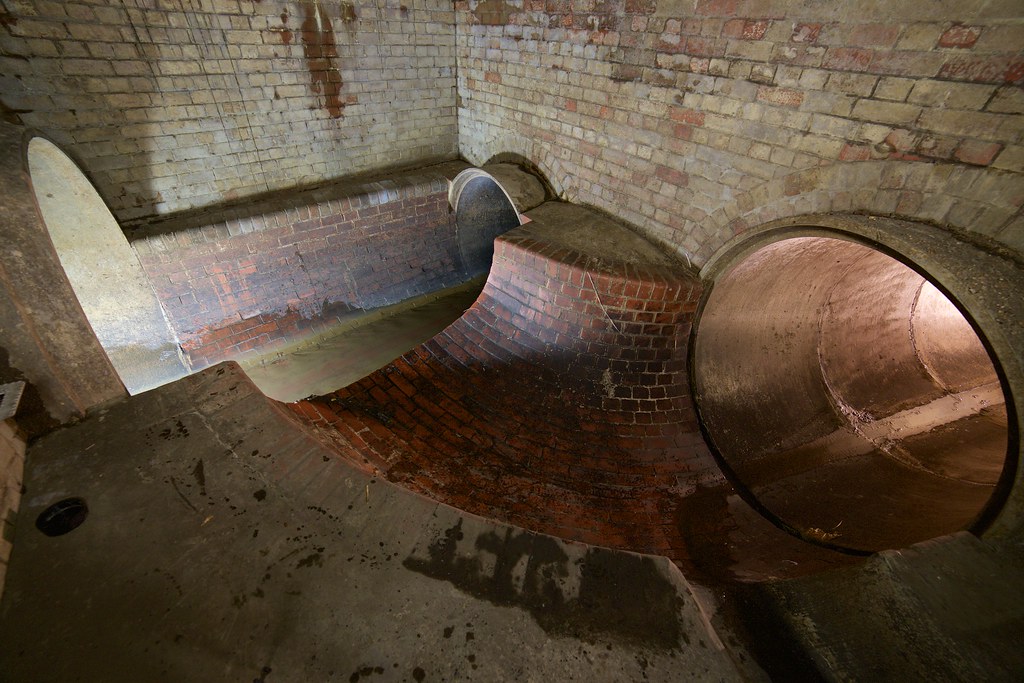 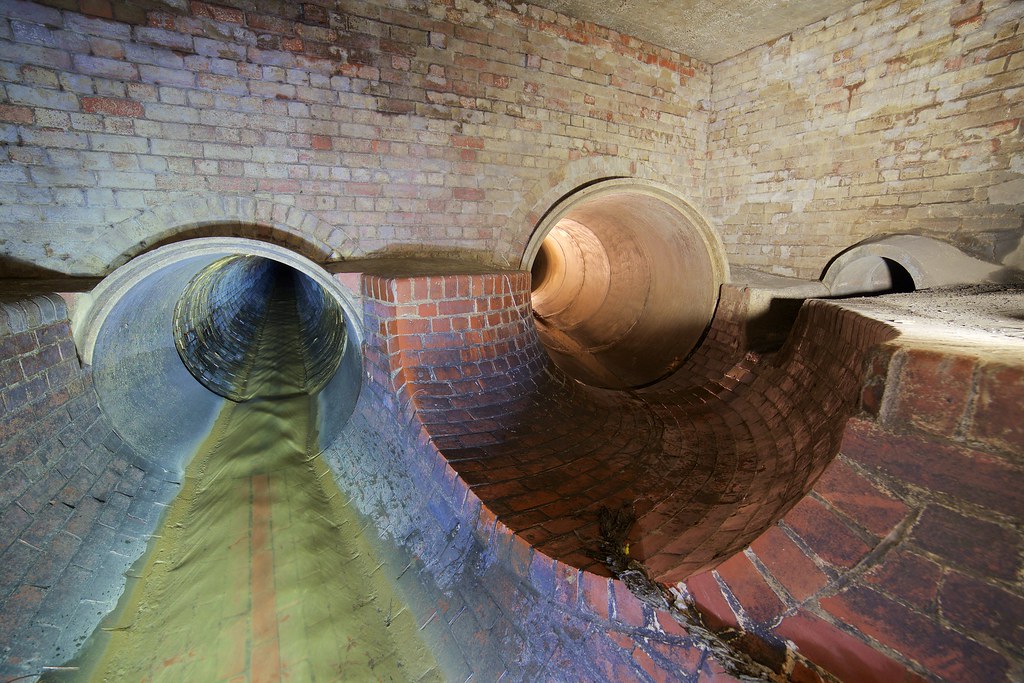 Here we took a couple of photos before deciding we were both pretty knackered (it was the second stoopy drain of the day) and started the long slog back to the outfall. We might return at some point with fresh legs to finish it off.