After a day of following leads I found a couple of small culverts near Middleton, having not seen anything of them before I thought I'd get the camera out.

The Whit brook goes through a 230m culvert as it passes underneath parkland and a road. Despite having a dressed stone outfall it's straight and boring RCP inside until it passes under the road at which point it turns slightly and becomes brick arch. 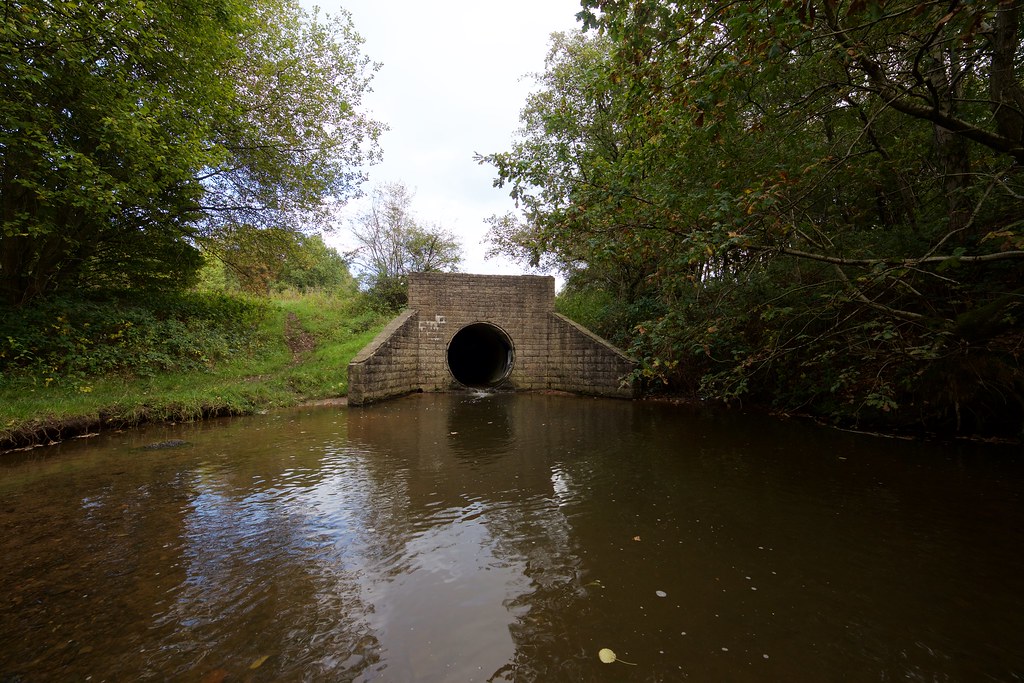 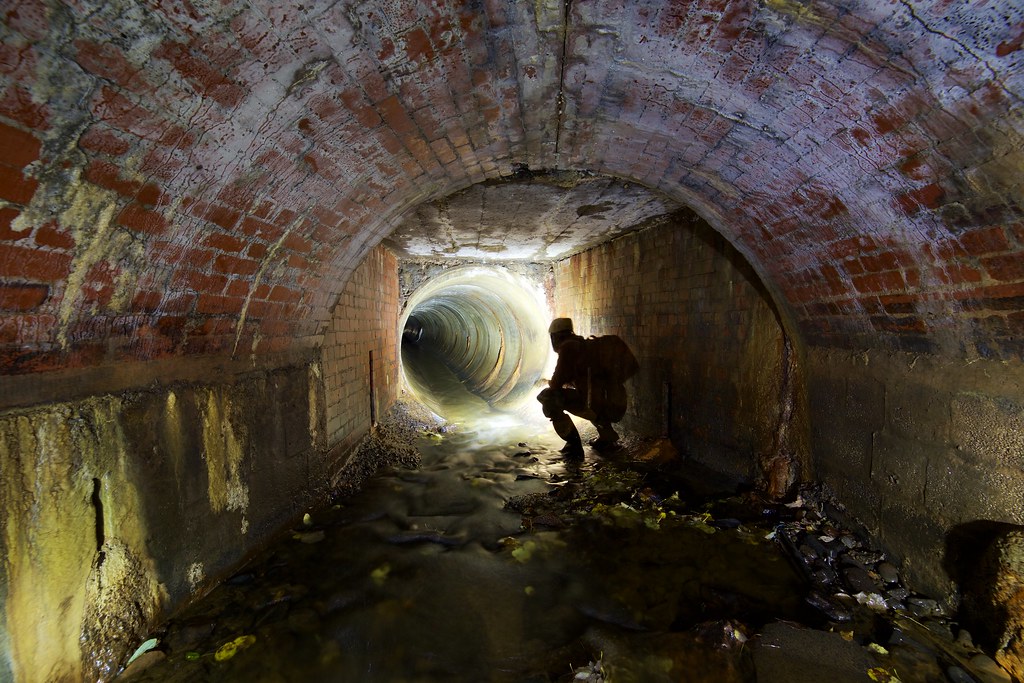 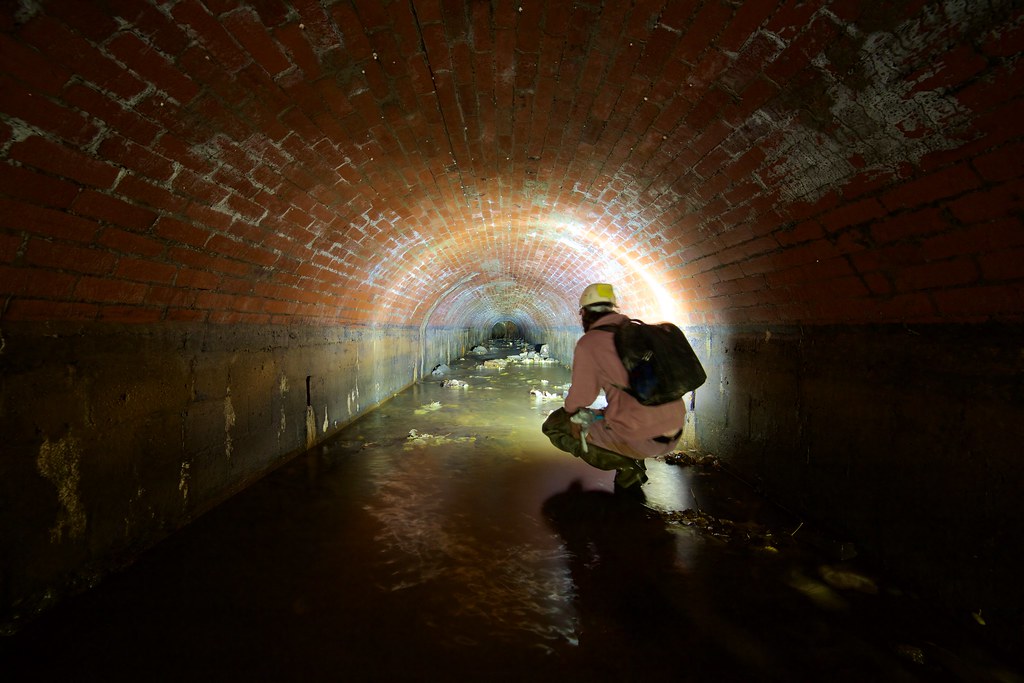 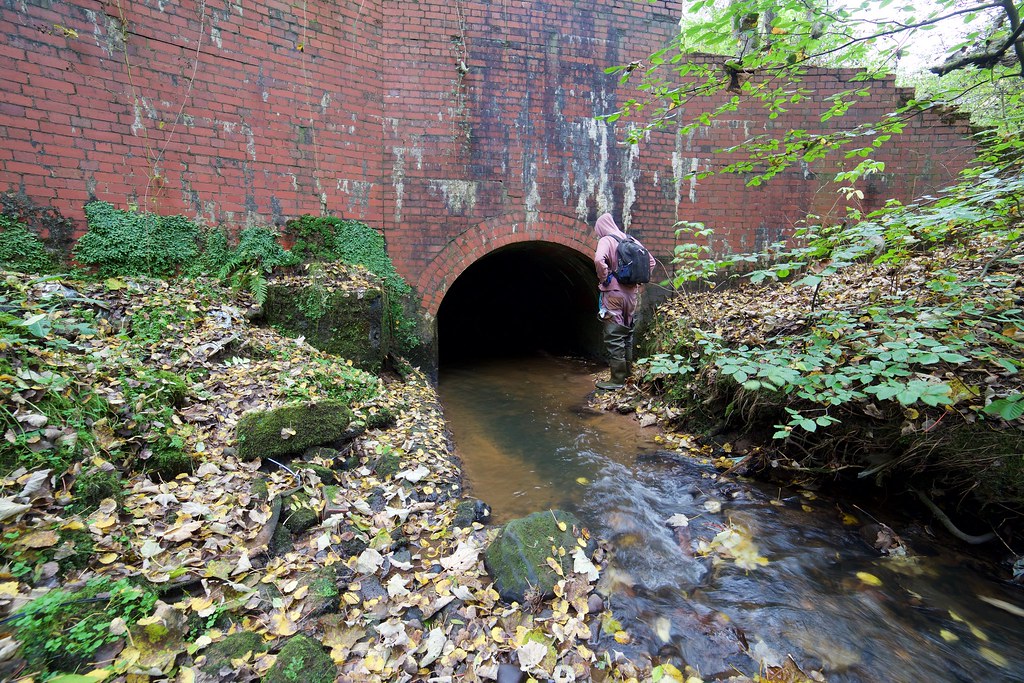 I'd spent much of the afternoon following the course of the upstream Trum brook to little success. Mostly twin RCPs too small to walk down and blocked infall debris screens. The Trub brook flows into the Whit brook and since I was close had a look at this short but reasonably proportioned stone culvert. 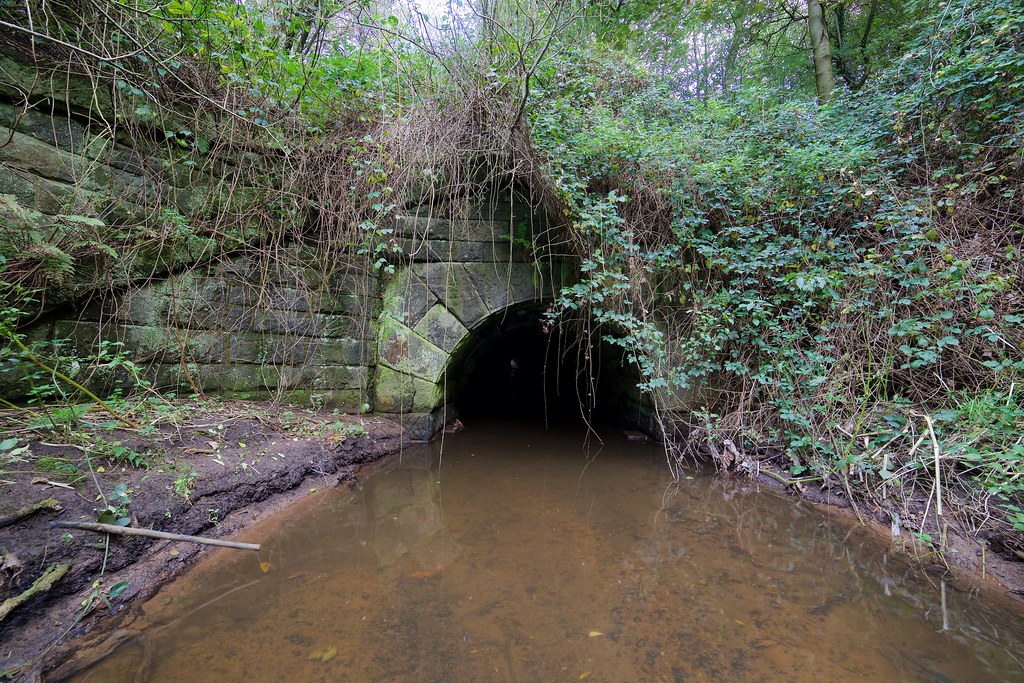 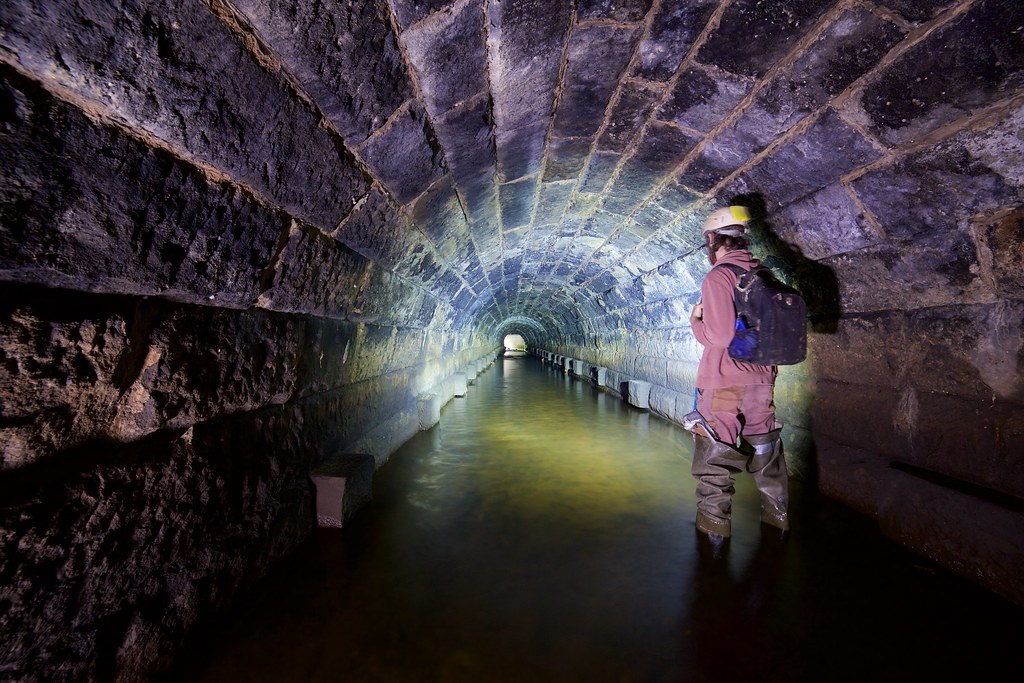 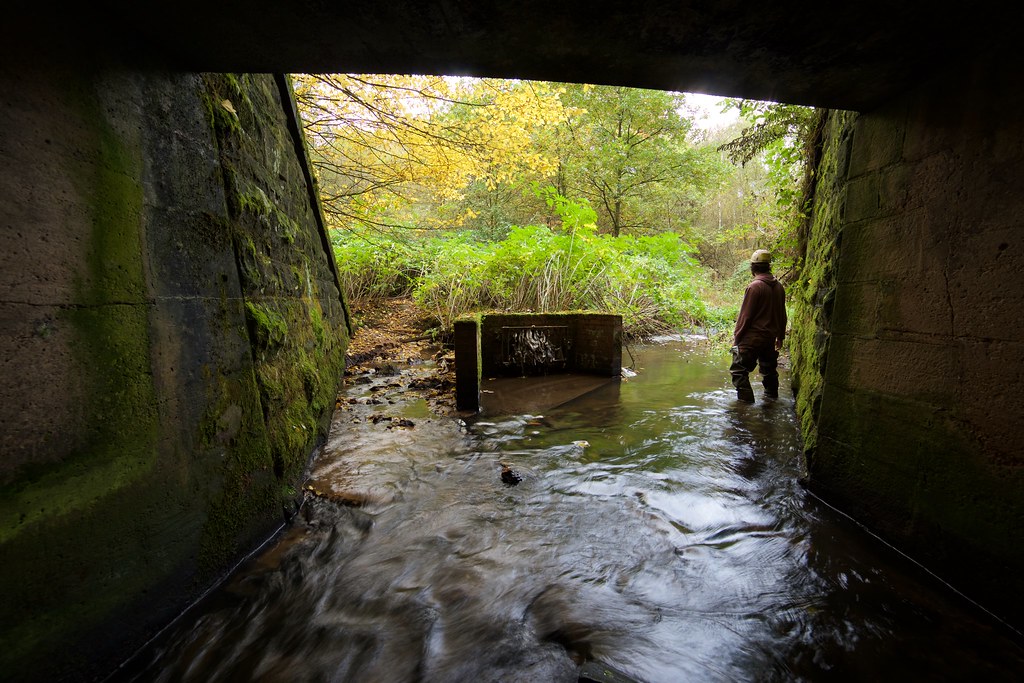