This old culvert built mostly of brick and stone takes the Sudden Brook around 550m through Rochdale. After a decently sized infall the brook drops several meters down a stone slide, a junction near the top houses a flap behind which a brick egg goes for several meters before being bricked up. 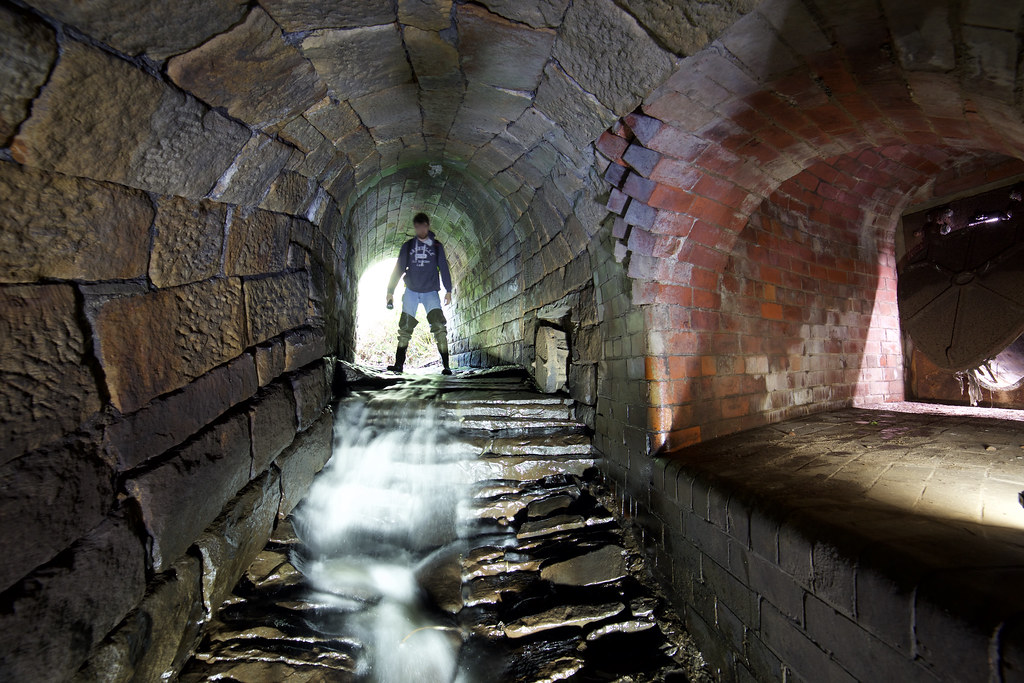 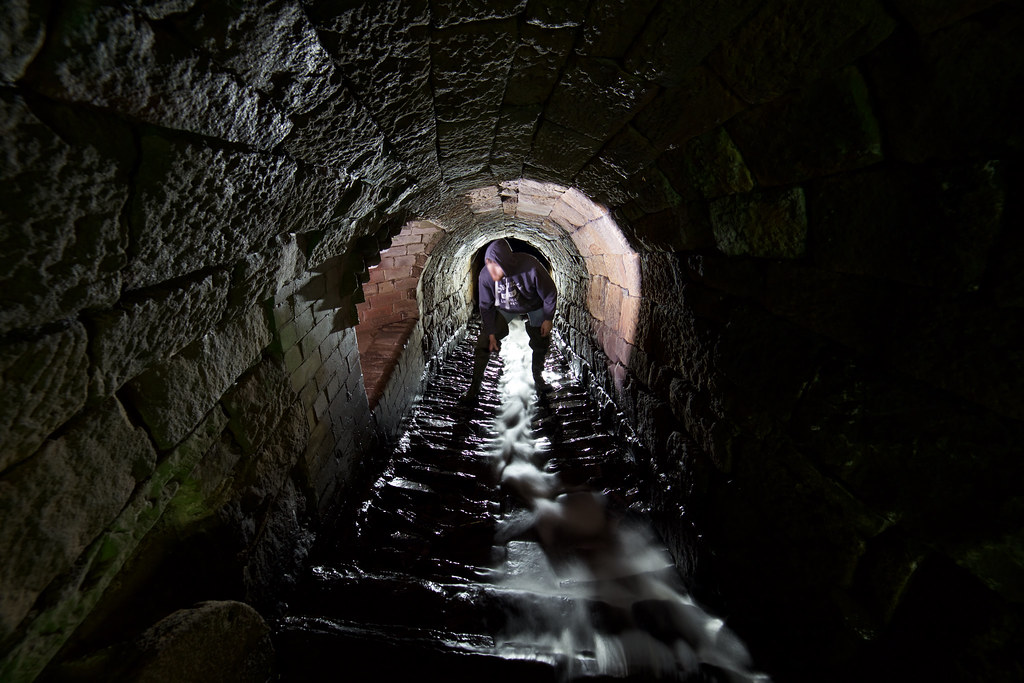 A short walk on and the modern replacement for the sewer overflow has been bodged into place. 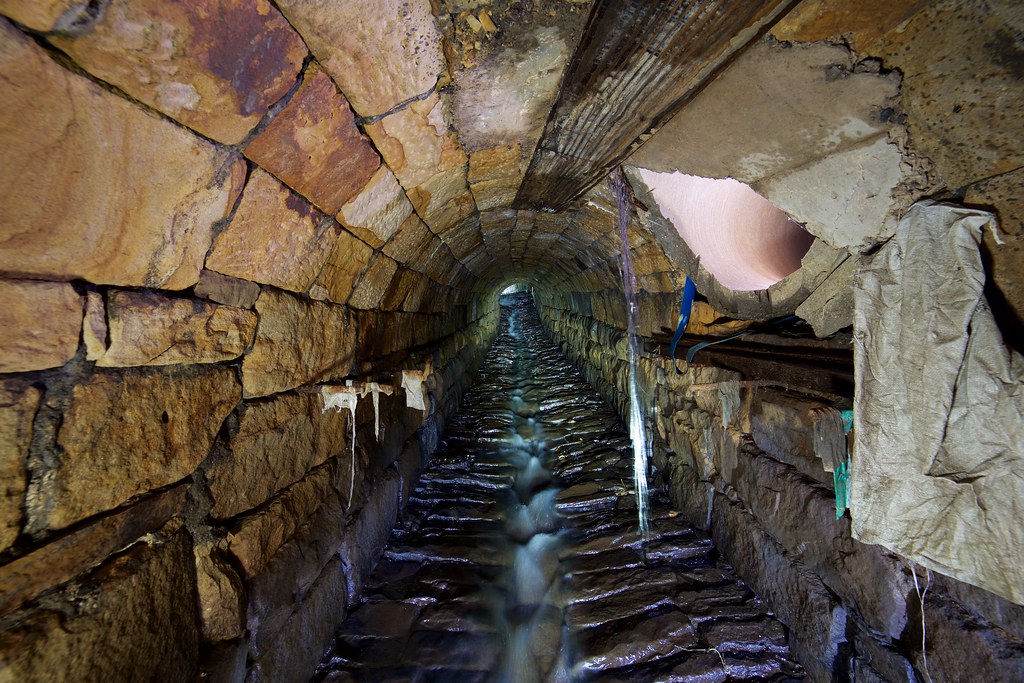 A crawl up the 2ft RCP lead to a 45° inclination, after some struggle the CSO chamber was reached which proved to not be worth the effort. 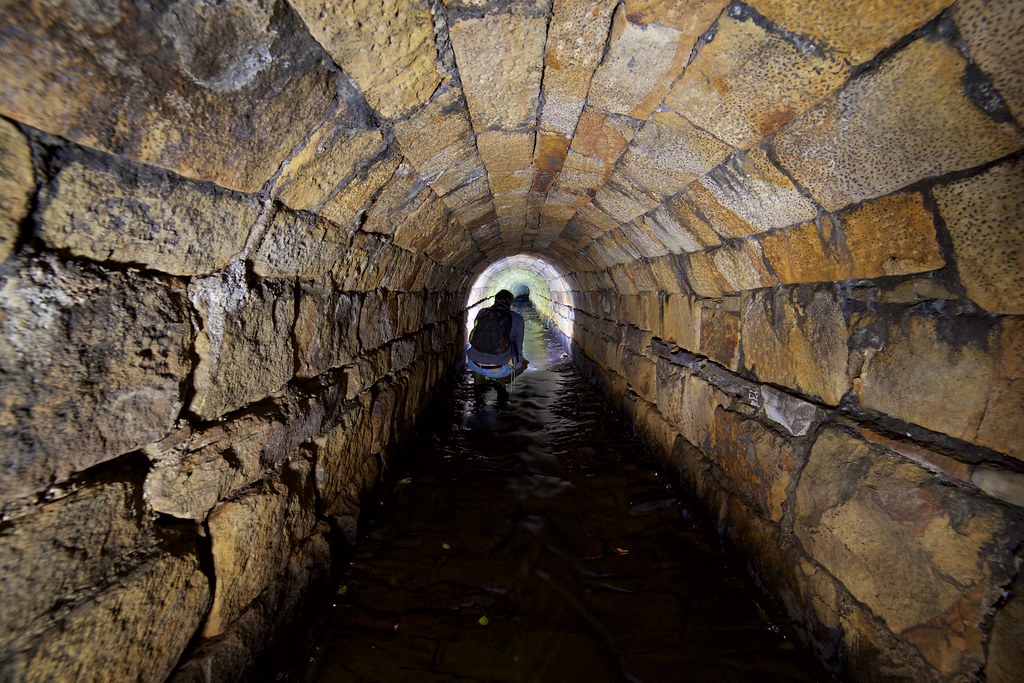 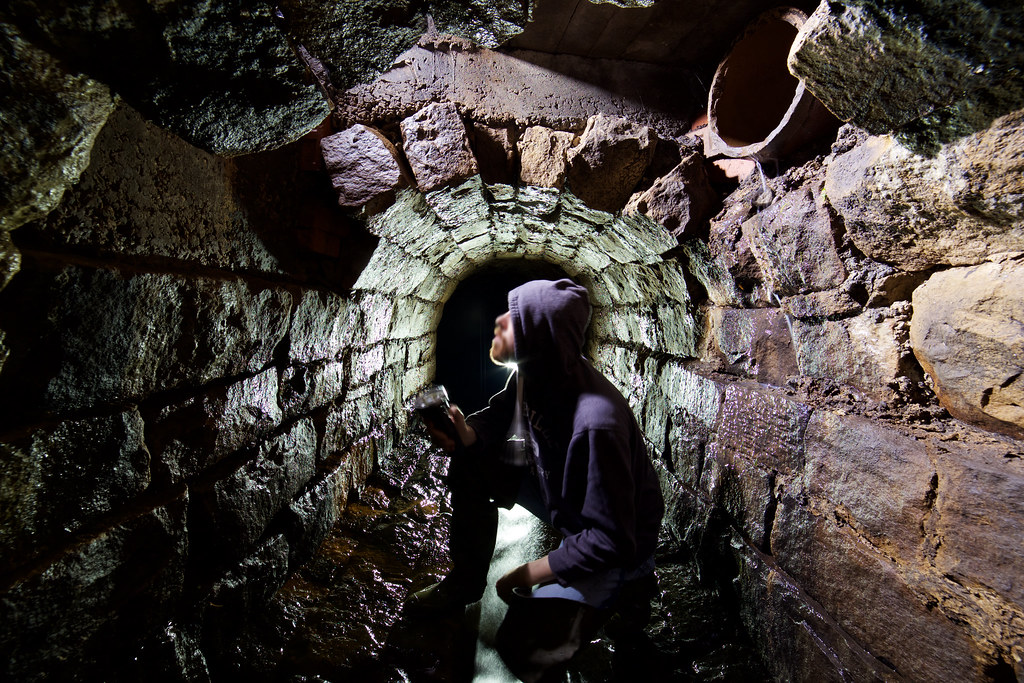 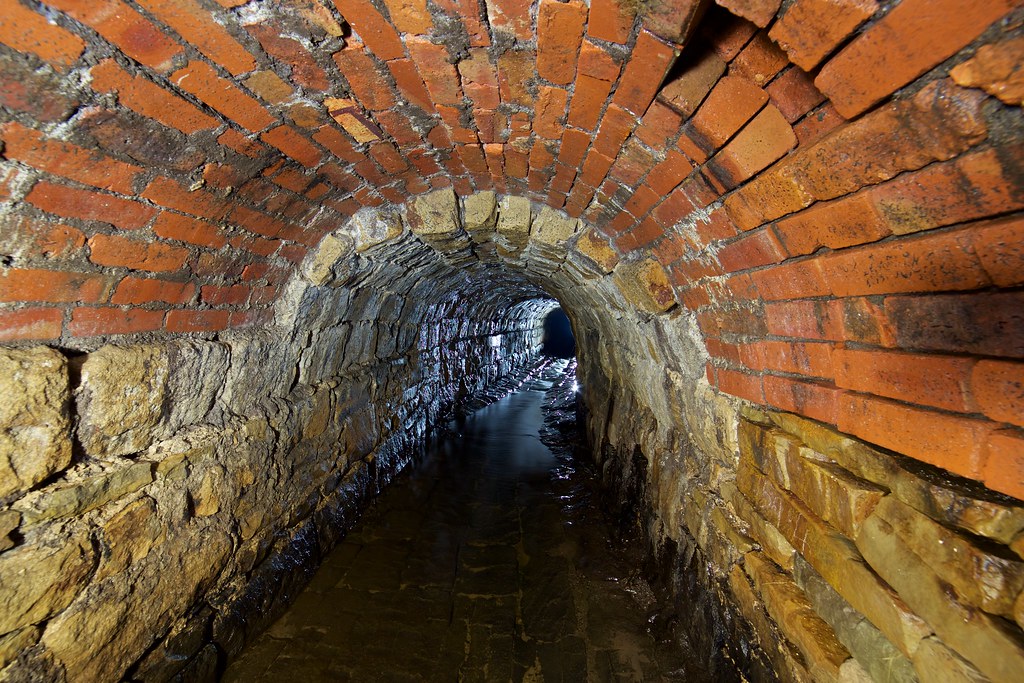 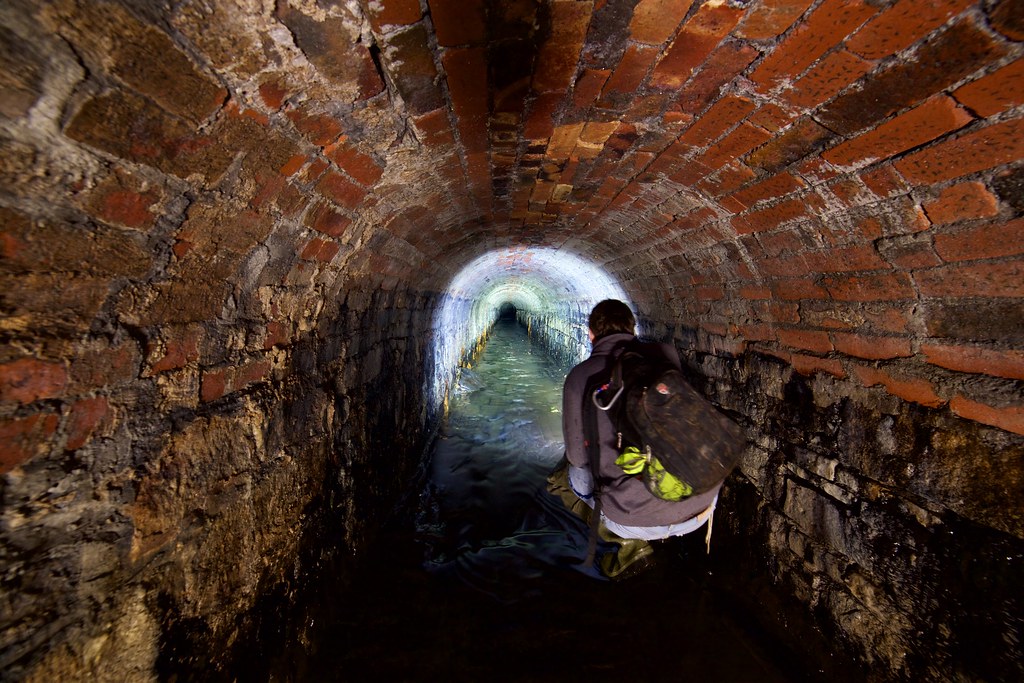 A silted up connection joined and prompted a shape change to a slightly larger brick pipe. This continued going through a section overgrown in roots and a patch of upside down mushrooms. 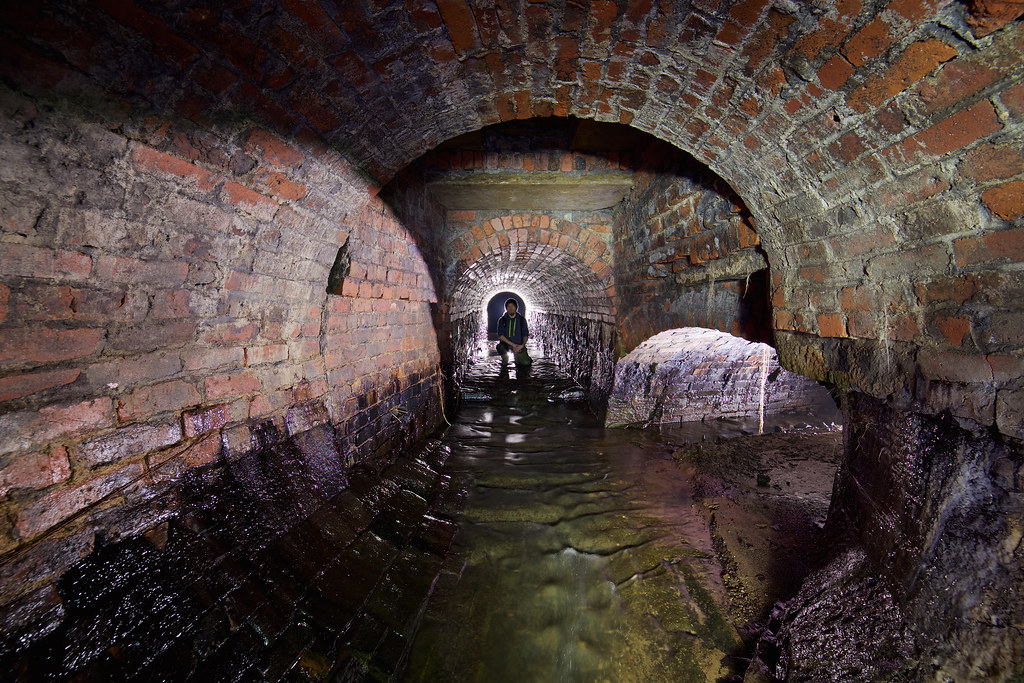 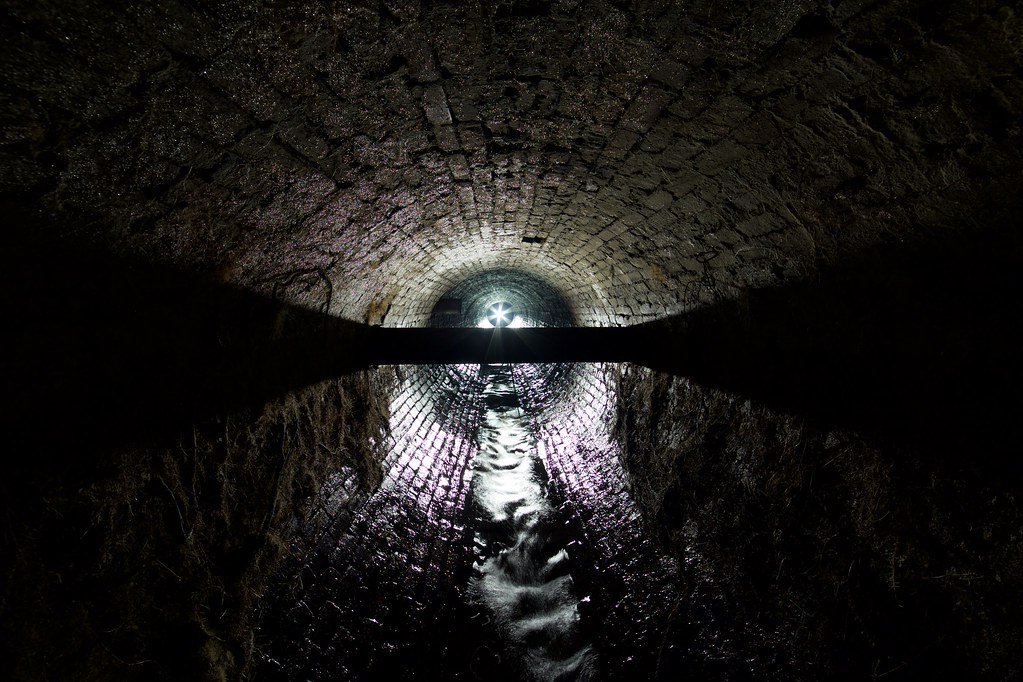 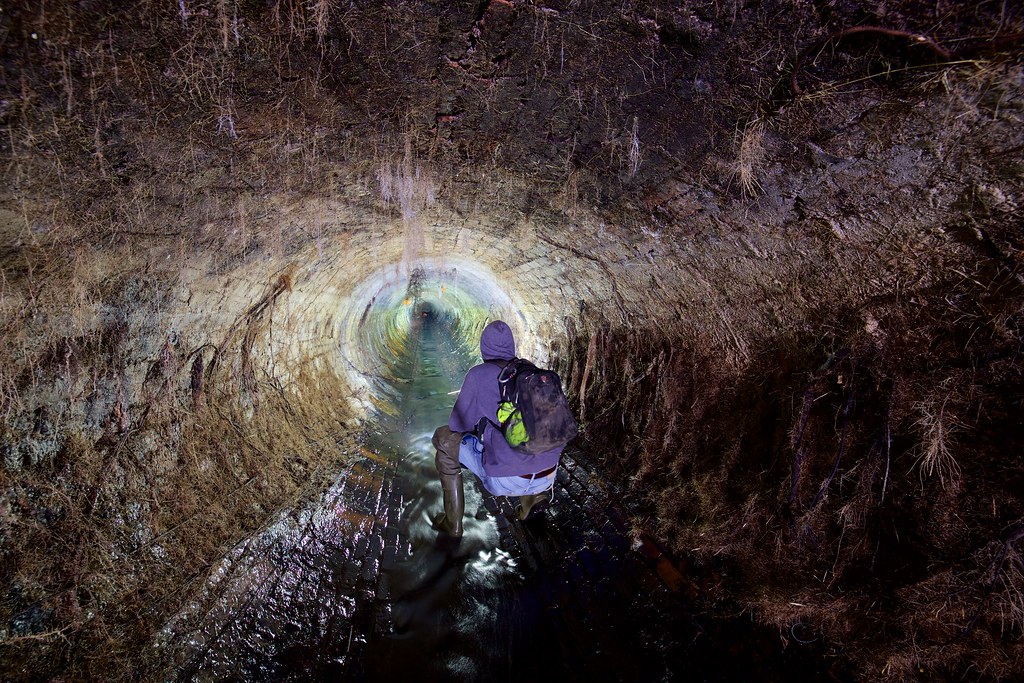 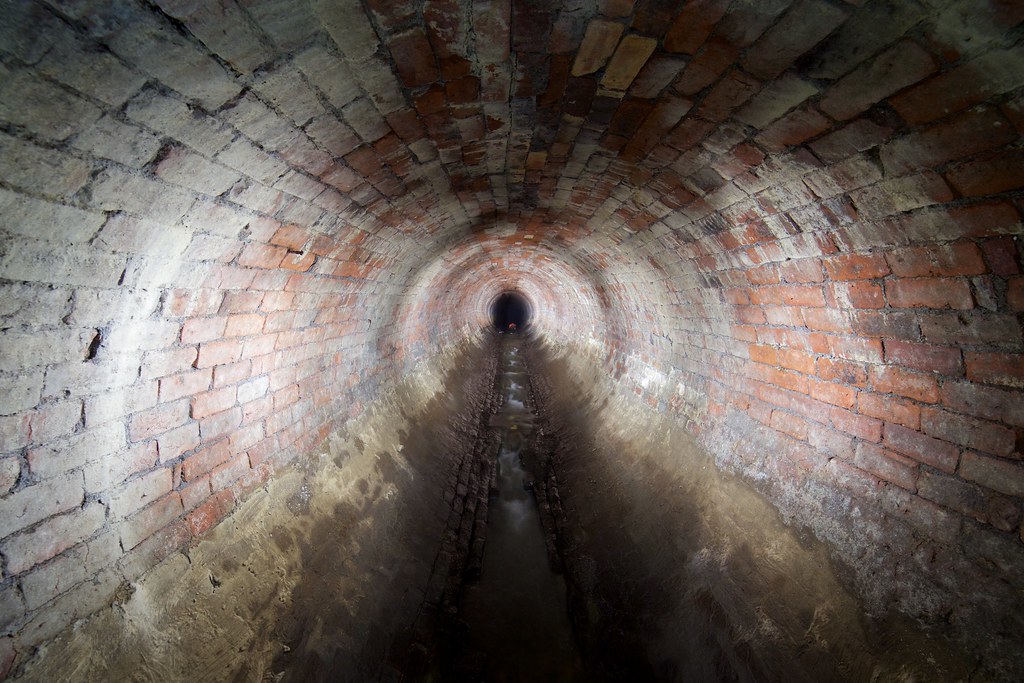 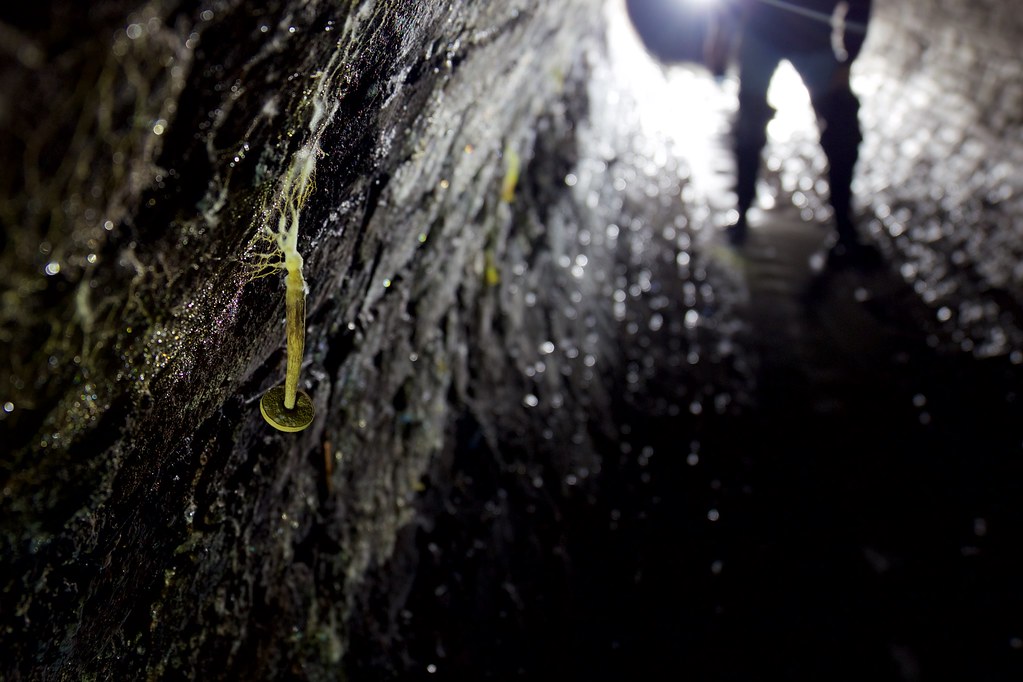 It finally drops down to a low arch, we followed for a short while before deciding little would be gained from braking our backs as the outfall was pretty close anyway. 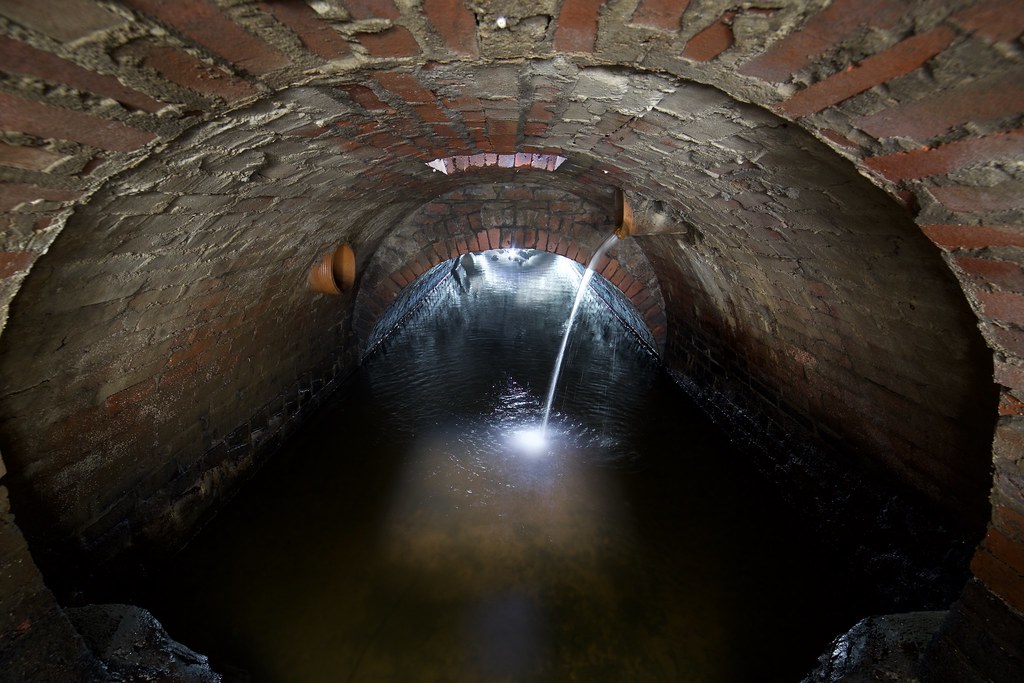