Behind a metal flap on the side of the River Irwell in Manchester lies an old sewer outfall. Inside a small brick pipe leads uphill to a relatively new concrete section, the wooden supports for the casting still vaguely in place. Theloki recognised he had been in the drain from the next section where the pipe changes to a sandstone tunnel roughly picked from the rock, it varies in height from 3-5ft. 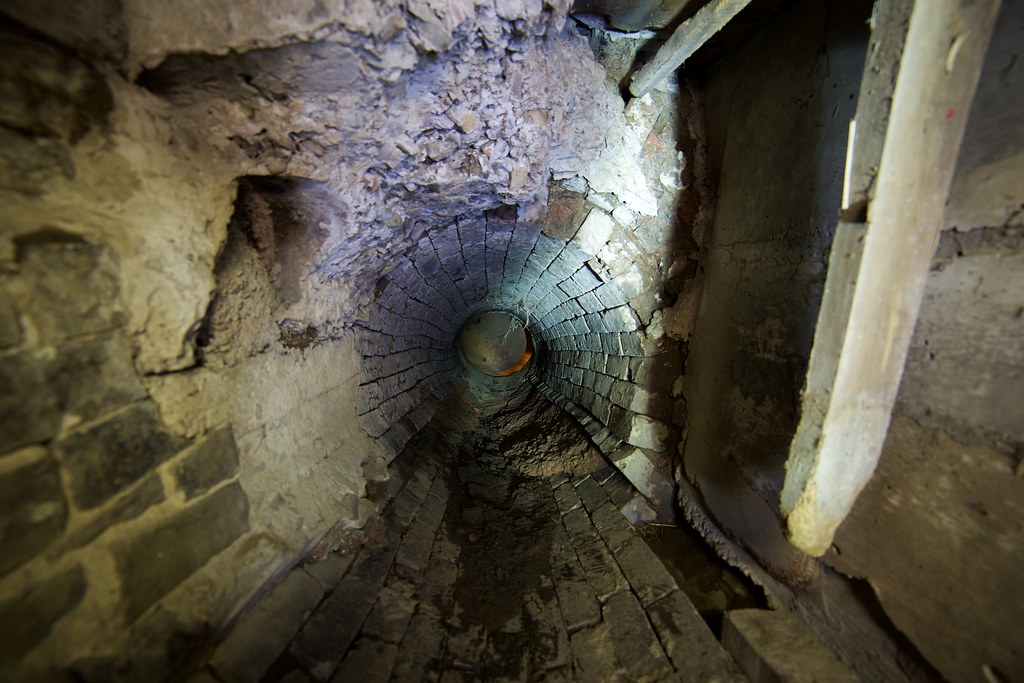 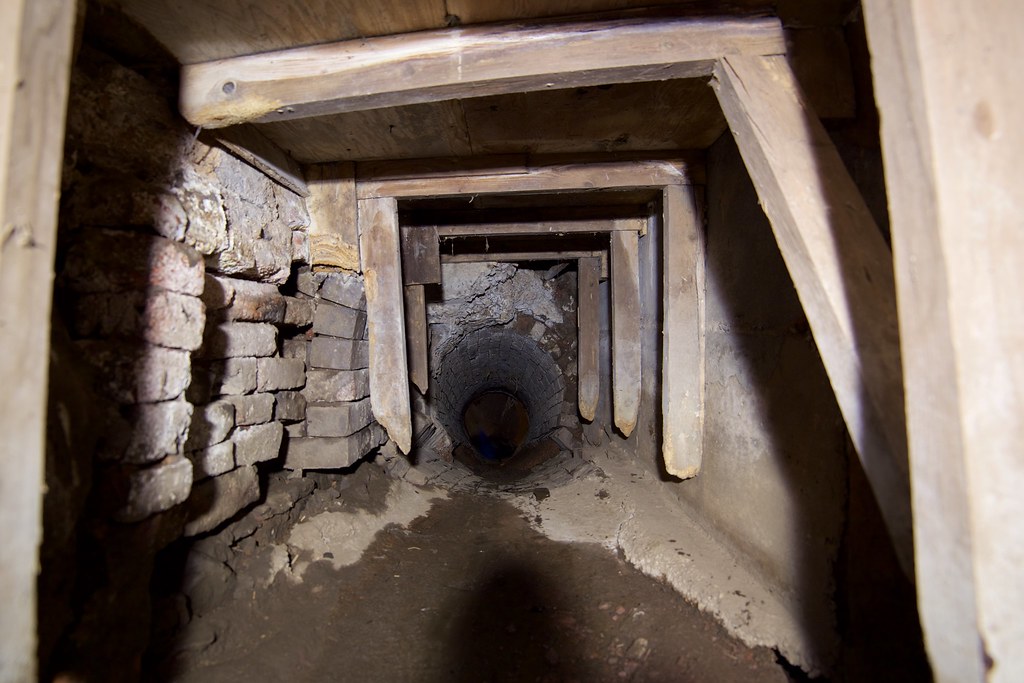 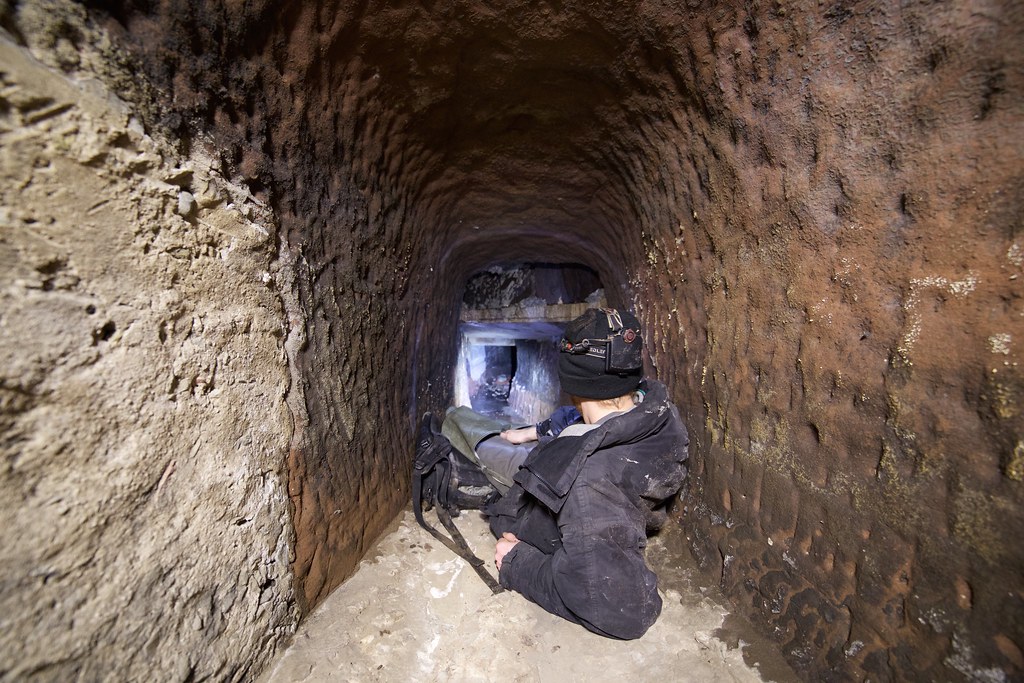 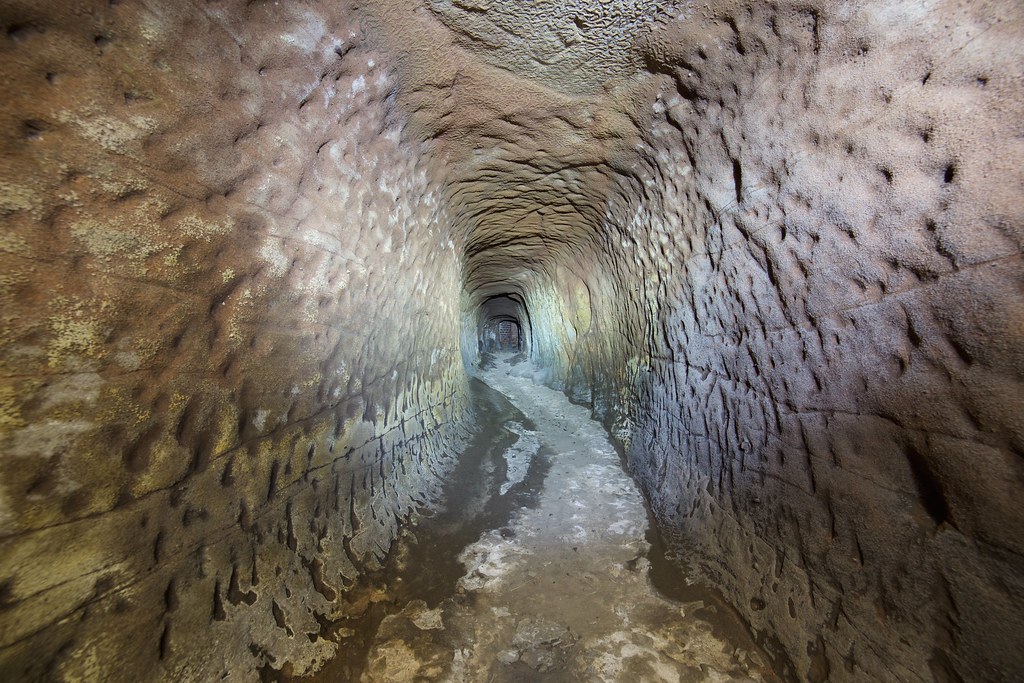 A short way in the tunnel is bricked up, a squeeze had been knocked out at some point for either airflow or just to see what was beyond. From what I can tell the next chamber is the original overflow chamber for the G interceptor sewer, this comes in and disappears down a small pipe into the B interceptor. 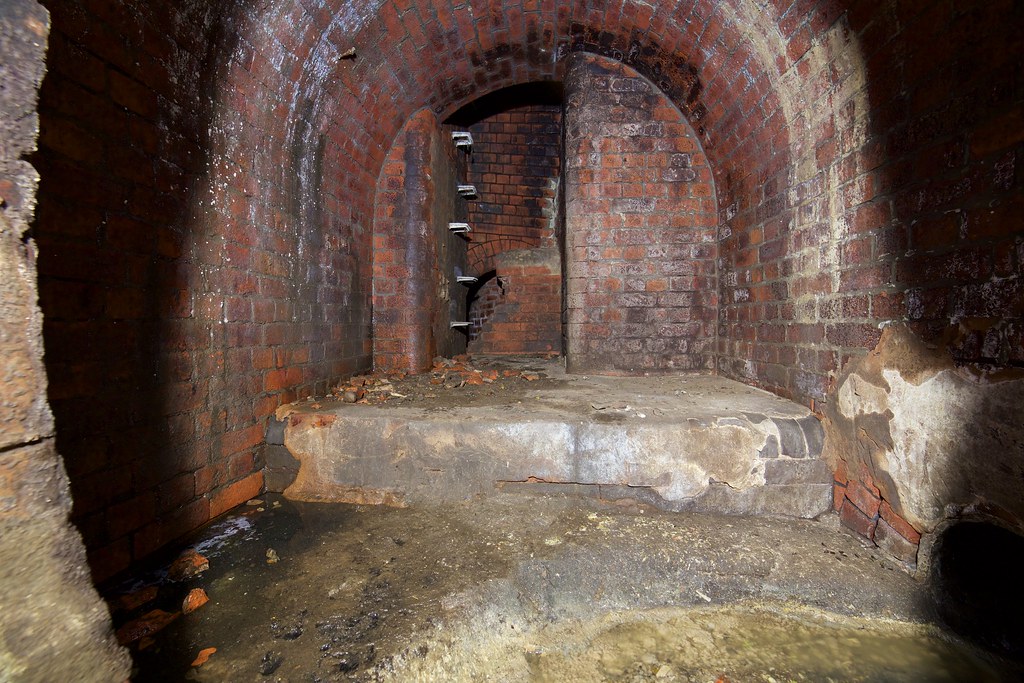 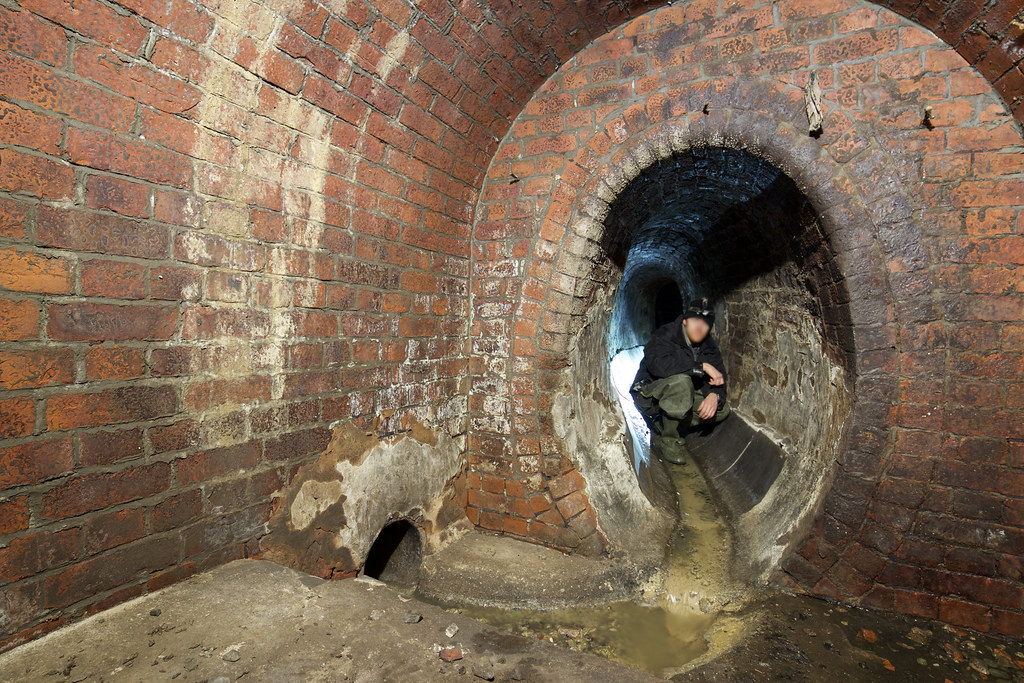 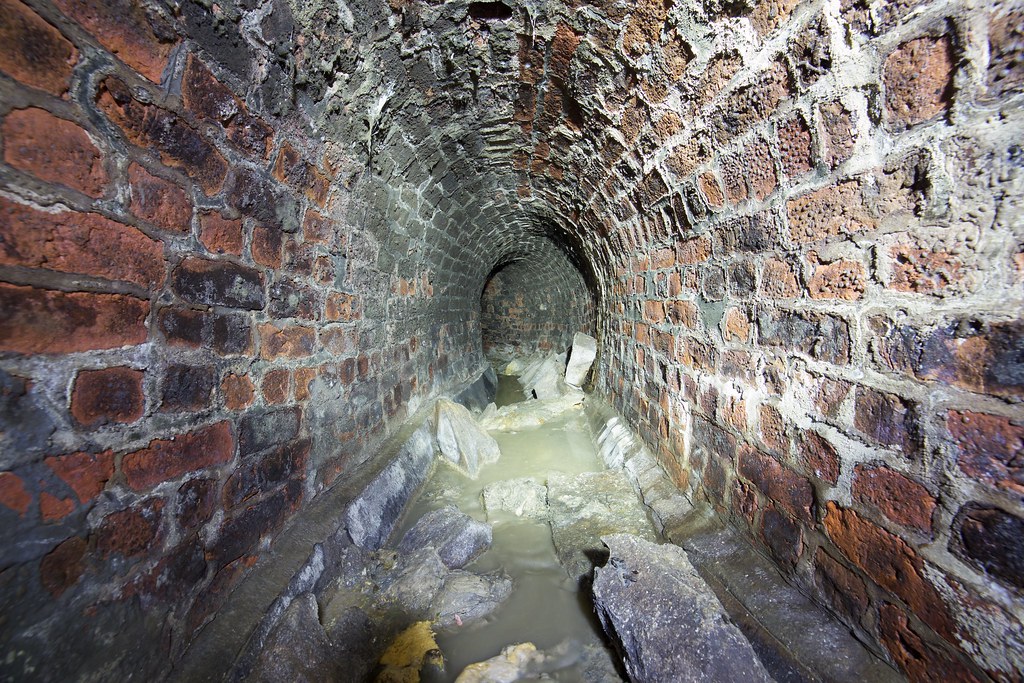 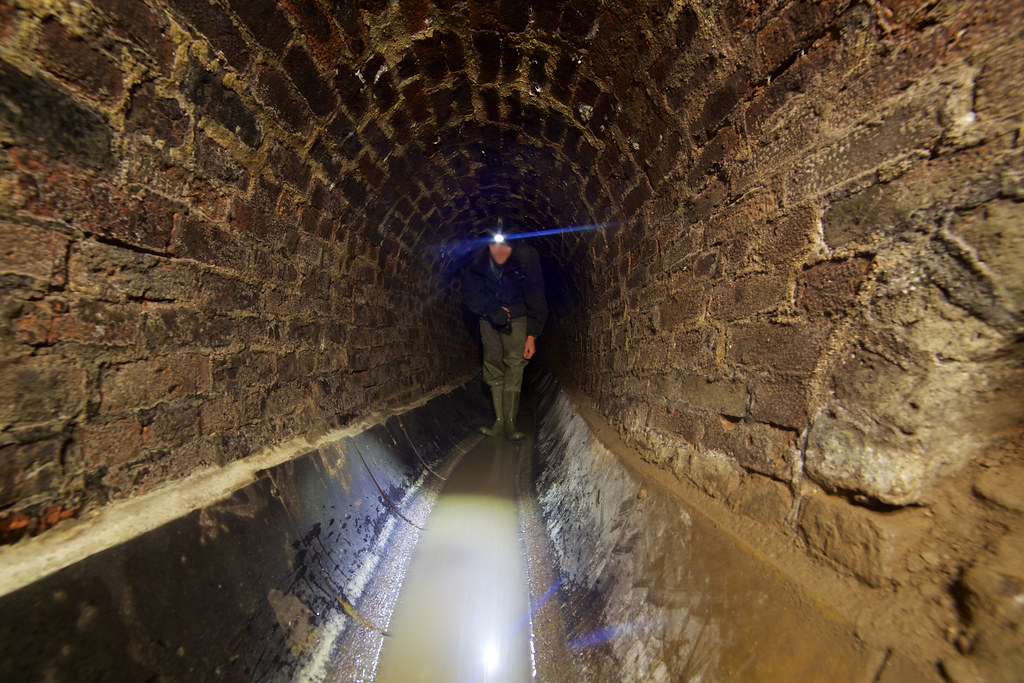 The walk upstream is at times pretty nasty, a small sewer dumps it's load into the old interceptor which at times is full of debris. Towards the end the invert becomes fibreglass lined and dry, before terminating at a manhole shaft with the next section bricked up. There's a name written in the concrete here with the date 1974, presumably dating from when the interceptor was bricked up. I'm guessing upstream of this is a larger modern dropshaft into the B interceptor similar to Chisel Ma Nizzle, a similar setup found nearby.

Although explored before this drain has never been named from what I can tell. The name given comes from the incredible noise that comes from speaking in a deep voice in this end section. 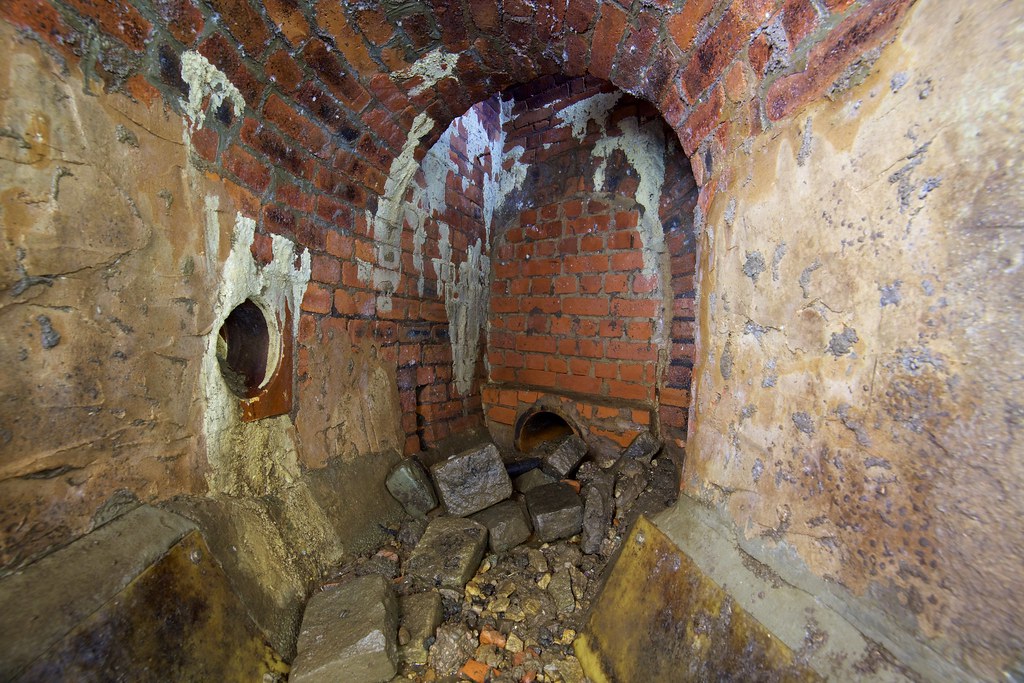