There's allot to be said for walking about during your lunch hour. Found this whilst doing so near Sale, what looked like a canal overflow drew my attention and found the tunnel access. Had a quick reccie down there but was in a suit, so returned later in better attire. 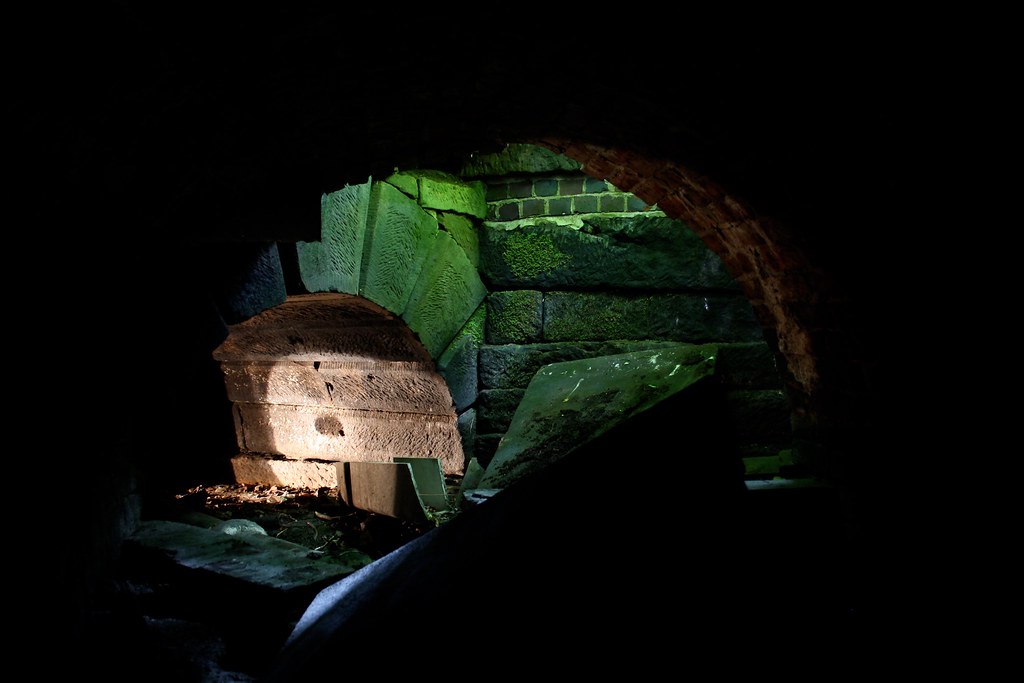 The tunnel has a pipe along it's length, which discharged into a small sump: 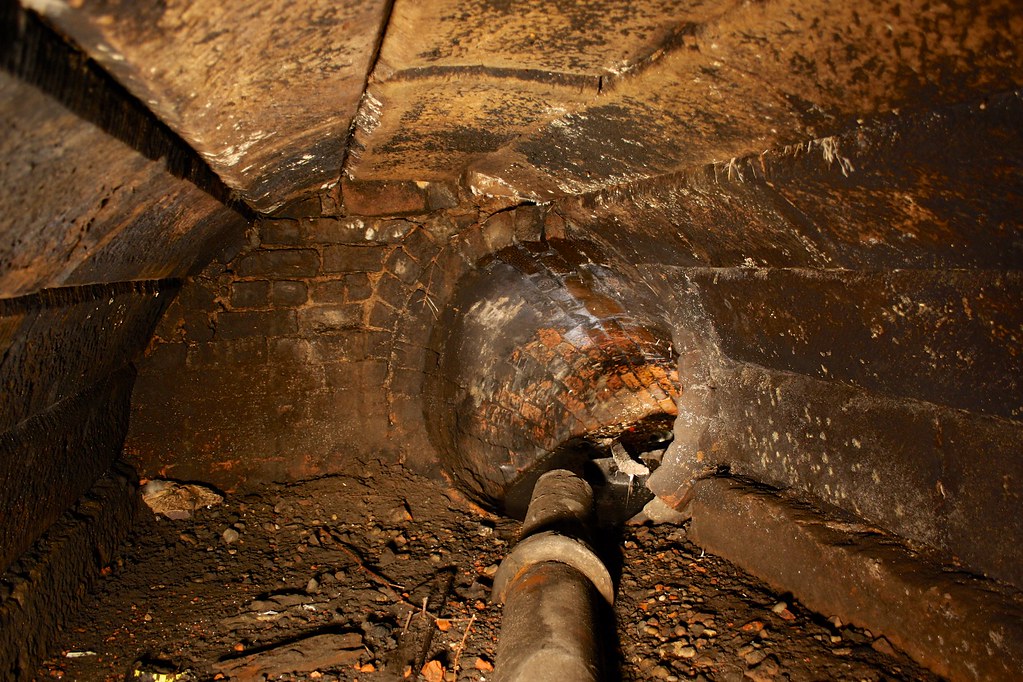 There was a lot of debris under the entrance, and a junction where a small pipe joined the main one: 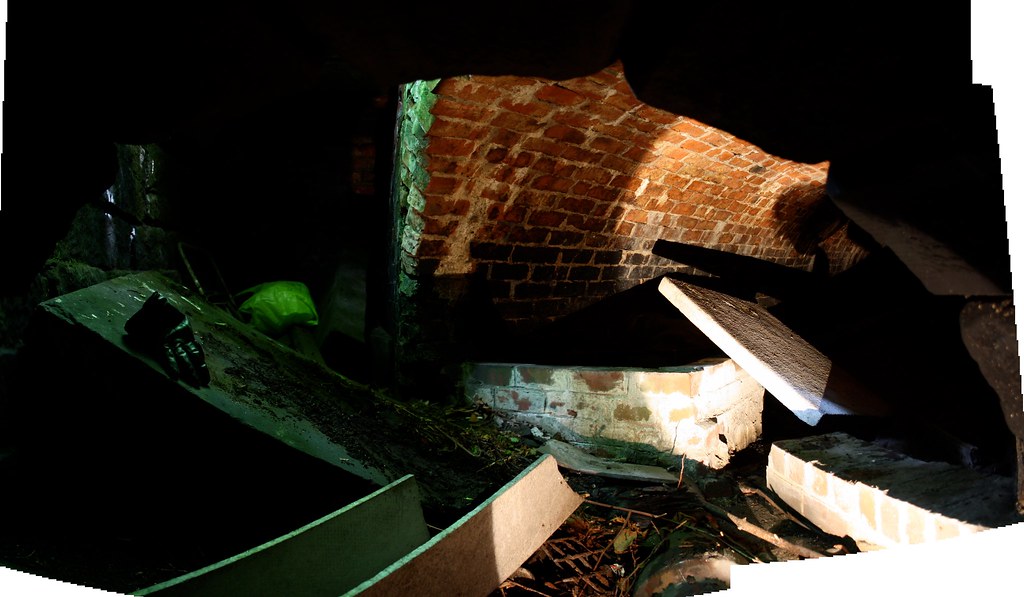 The tunnel continued under the tramline for about 15m (looking back): 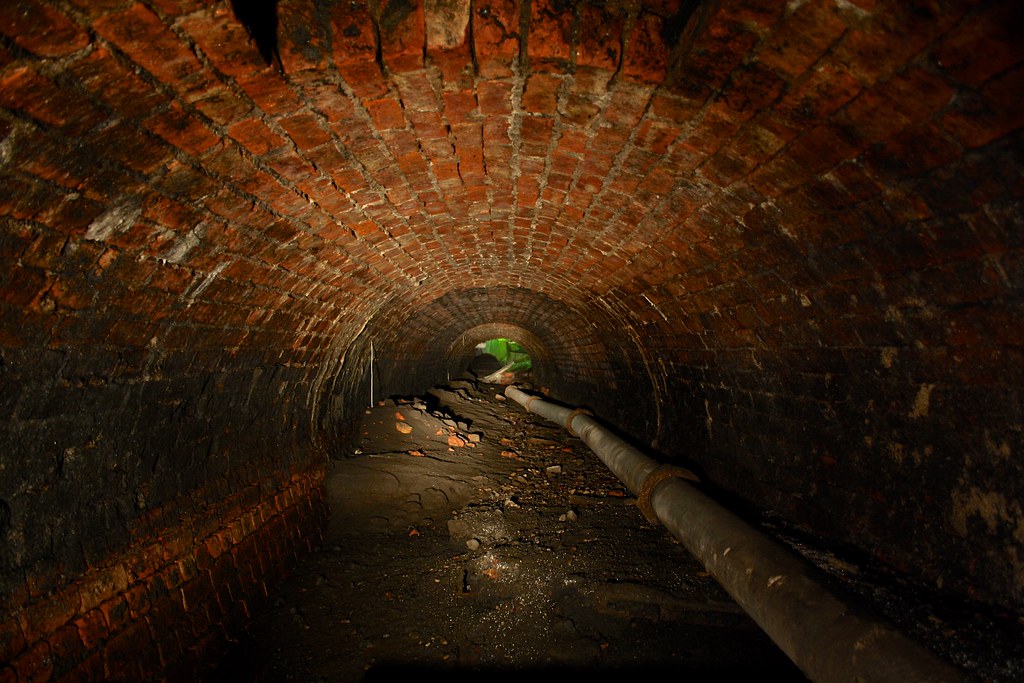 After a manhole shaft the tunnel was bricked up, with a smaller semi filled in tunnel in the center: 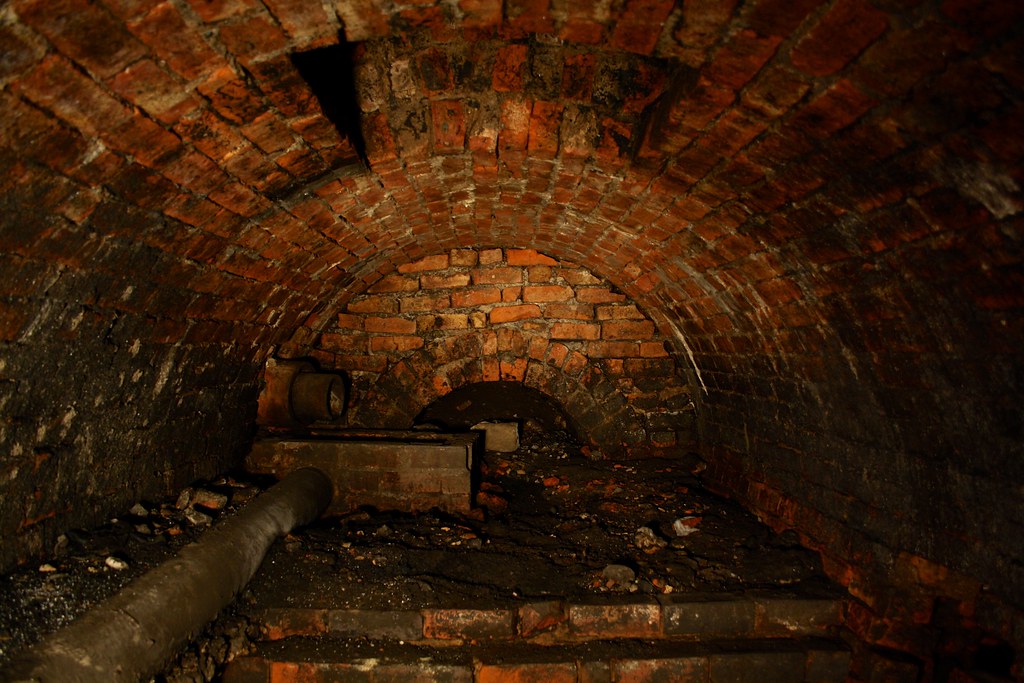 I can't figure out the original purpose of the tunnel, being so close to the canal overflow I first thought it was the overflow culvert. The sump could lead down to a culvert which actually is the overflow channel. Maybe the tunnel once lead somewhere else but it was blocked off and used for the drainage pipe.